Michael McGillen is Assistant Professor in German Studies. He teaches in German Studies, Comparative Literature, and Jewish Studies, and offers courses on Modernist Literature, Urban Spaces, German-Jewish Exile Literature, Kafka, Nietzsche, the Frankfurt School, Religion and the Post-Secular, as well as German language courses on all levels. His research concerns the afterlives of religion in German modernism, with a focus on German-Jewish literature and intellectual history, temporalities of the moment and historical memory, and discourses of secularization. He is the author of articles on Kafka, Kierkegaard, Auerbach, Johnson, Beckett, Husserl, Blumenberg, Barth, and Ball, and his work has appeared in journals such as New German Critique, The Germanic Review, and Word & Image.

His book manuscript, Shapes of Time: History and Eschatology in the Modernist Imagination, tells the story of how four key figures in modern German and German-Jewish thought—Karl Barth, Franz Rosenzweig, Siegfried Kracauer, and Robert Musil—combined religious thought and modernist aesthetics to represent a moment of time outside of narrative sequence that they pictured spatially in the language of geometrical shapes and forms. The book explores how these images of spatialized time arose along an unstable boundary between religion and the secular, Judaism and Christianity, and it shows how the reimagination of time in modernism responded to a crisis of historicism and broke with teleological concepts of history. His research on religion and modernism also includes articles on "Erich Auerbach and the Seriality of the Figure" (2018), "Zwischen Bildlichkeit und Auflösung des Bildes: Ästhetik des Religiösen in Hugo Balls expressionistischen Gedichten" (2016), and "Lapsarian Repetitions: Iterations of the Fall in Kafka and Kierkegaard" (2014).

His current research explores how German and German-Jewish writers in the post-Holocaust era responded to the problem of a lost inheritance, what it meant to live and write in exile, and how to engage with the German past in the absence of a tradition that could be renewed. This research includes an article on "Historical Passages and Scenes of Transport in Uwe Johnson's Jahrestage" (2018) and a second book project entitled Lost Inheritances: Traumatic Memory and the Narration of History in Postwar German Literature, which examines how the problems of inheritance, exile, and tradition were negotiated by postwar writers through a turn to narrative modes such as anecdotes, stories, and myths. 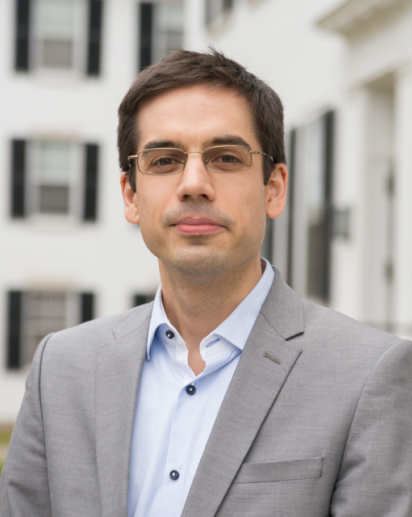