Carla Harold is the Fulbright Foreign Language Teaching Assistant at the German Department for the academic year 2021/22.
She grew up in Styria in southern Austria and received most of her formal education in Graz. One year of her high school education was spent in an IB program in Toronto, Canada.
After graduating from high school, she spent two years working as an Au-Pair in Surrey, London, and Berlin and volunteered at the Little Flower Association in Tamil Nadu in India, which focuses on social projects supporting women and children from Dalit, indigenous and landless communities.
She graduated from the University of Vienna in February 2020 with a bachelor degree in English and American Studies and in April 2021 with a master's degree in Secondary Education in English, Psychology and Philosophy. As part of her studies, she spent a year as an exchange student at the City University of Yokohama in Japan and completed an internship at the Austrian School in Budapest, Hungary.
Her master thesis was a qualitative and quantitative analysis of "The Representation of Women Philosophers in Austrian Schoolbooks." As part of her thesis, she also looked at the omission of women philosophers in histories of philosophy, as well as at continuing mechanisms of exclusion of women and other underrepresented groups in academic philosophy.
From 2020-2021, she worked as a student assistant for Professor Caroline Heinrich at the Philosophy Department at the University of Vienna. Prior to that, she was an active member of the student union and a student representative at the Philosophy Department and the Center for Teacher Education. Throughout her studies she was part of panels for accreditation procedures for the Agency for Quality Assurance and Accreditation Austria and AQAS, a German Agency for Quality Assurance for study programs at universities in Austria, Germany, Slovenia and Bosnia and Herzegovina.
Her current academic interests are Feminist Theory and Philosophy, Cultural Studies and Education. 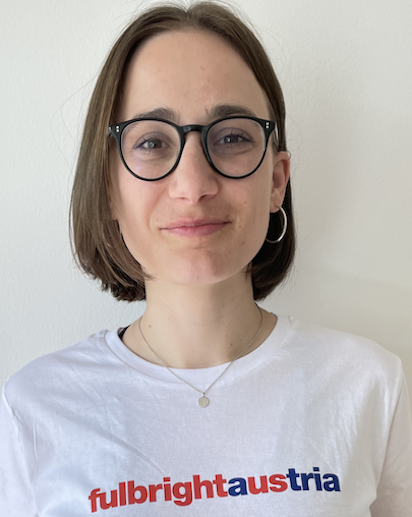