Montgomery Fellow, Born in the United States, Frido Mann sensed the democratic creed of his parents and grandparents from childhood on. 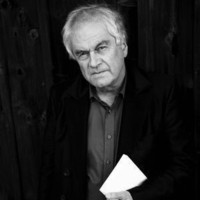 During his extended lecture tours, Thomas Mann, Frido's grandfather, addressed his American audiences with his speech “The Coming Victory of Democracy” warning of the dangers of fascism for a liberal democracy: “The social renewal of democracy is the presupposition and the guarantee of its victory.”

Following in his grandfather's tracks, Frido Mann is going to give lectures in numerous places in the United States and Canada. He will address the current crisis in the American and European democracies and the need for their restoration, on the basis of transatlantic dialogue.

Frido Mann was born in 1940 in Monterey/California. He studied music, catholic theology, and psychology and worked as a clinical psychologist in in Münster, Leipzig and Prague. Frido Mann was the executive director of the Institute for Medical Psychology at the University of Münster. He now lives in Munich and works as a freelance writer. His recent publications are "An die Musik. Ein autobiographischer Essay" (Ode to Music: An Autobiographical Essay) and — together with Christine Mann — "Es werde Licht. Die Einheit von Geist und Materie in der Quantenphysik" (Let there be Light: The Union of Spirit and Matter in Quantum Physics). He is 2019 Honorary Fellow at Thomas Mann House. In August 2018, S. Fischer published "Das Weiße Haus des Exils" (The White House of Exile) about the Thomas Mann House in Los Angeles.

Events are free and open to the public unless otherwise noted.